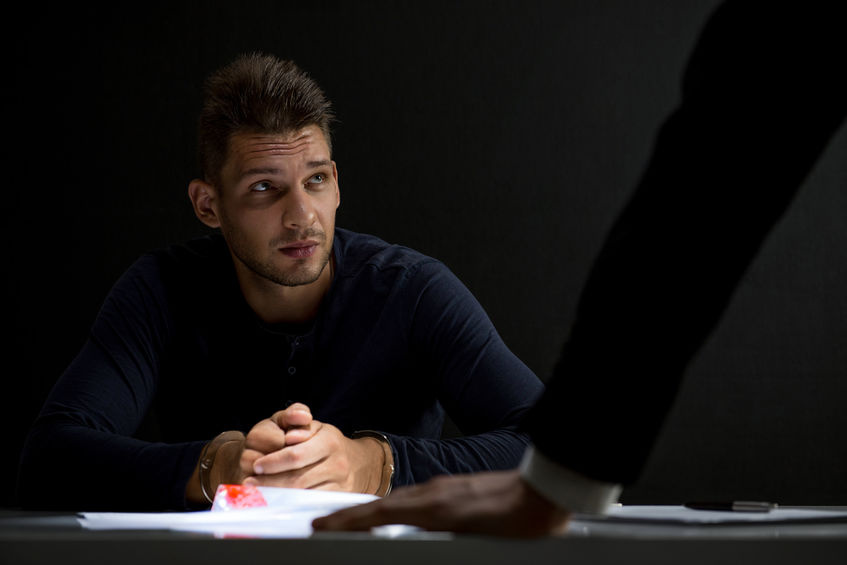 How to Conduct a Police Interview

One of the biggest mistakes in an investigative interview is to ask purely close-ended questions. These include yes/no style questions, as well as either/or-style questions. Whilst these questions can offer immense value, they can also prove to undermine your line of questioning.

When you ask yes/no questions, the quality of the answer you receive is limited.

Remember – before the police interview exam you will have done your homework. You will have amassed details on the case and will have set out a detailed plan on what you intend to achieve.

By asking yes/no questions based on the evidence you have, it informs the suspect of what information you are armed with. This gives the suspect ample opportunity to come up with defensive answers/explanations throughout the interview.

In other words, the interviewer is throwing out their most powerful weapon – namely, the evidence they possess. The best investigative interview techniques are those that let the interviewee do all the damage for you.

Before that though, the investigating officer must build rapport with the suspect.

It’s essential that you build rapport with the interviewee.

Building rapport puts the interviewee at ease. It makes interviewees more likely to open up and trust that they are in helpful hands. The quality of answers you receive will be eminently higher and of significantly greater value.

At this stage of the interview, it’s imperative that you ask open-ended questions. The more open the question, the better. It places all the pressure on the interviewee to supply details of what happened. Furthermore, the details they provide may contradict the evidence you collected before the interview.

The more open the question, the more information you glean to compare it to the evidence you have already collected. The suspect may have no idea what evidence you have. By asking open-ended questions, it opens a massive opportunity for them to contradict the evidence that you possess. You can turn to them toward the end of the interview and ask them to explain these inconsistencies.

Furthermore, as these are open-ended questions, it’s important that you come prepared. Make sure that your evidence is well organized and accessible, that you know these details and have structured your evidence accordingly. Similarly, you also need to carefully collect details the suspect is now supplying in response to your open-ended questions. You can’t let any details fall through, no matter how small. Some of the best investigative interview techniques focus on the smallest erroneous details.

After all, if the suspect is willing to lie on a variety of small details, why wouldn’t they outright lie/cover-up any more significant details?

Research has shown that the more interviewees are interrupted, the less promising outcome to establish the truth of what happened.

Let’s put this in perspective: an honest person will have no problem offering a stream of events – from the start, to middle, to end – of what happened. It will be well-structured, and their story will align with the evidence you have collected. An untruthful person will have trouble with such an open-ended question, such as, “Tell us your side of the story, what happened. We won’t interrupt you throughout”. The untruthful person now must think on their feet, supporting a wave of deception and an attempt to deflect from the details that cover up their involvement.

Once the interviewee has supplied their uninterrupted story, now is the time to clarify what they have said. Ask follow-up questions that clearly clarify what they are claiming has happened. These questions must be carefully formulated. For instance, you do not want to expose any of the evidence you have collected. Once the suspect has answered these clarifying, open-ended police interview questions, now is the time to apply some degree of pressure. When an interviewee is telling the truth, they will have no problem stating what happened in reverse order. However, an untruthful person now must re-remember the order of deception from their uninterrupted answer.

They almost always trip themselves up, awkwardly too.

Bringing the Evidence Together

Evidence isn’t always material. There are emotional factors involved, too.

For instance, psychopathic people have no relationship to empathy. They cannot empathize with a person on a purely human level because they do not possess the ability or capacity to mimic empathy. In contrast, truthful people will have a deep emotional connection to what has happened or what they have been accused of. They understand the situation on an emotional level and that will come across very strongly when you ask questions about what they felt during the episode.

The more real the memory, the rawer emotional response you will receive.

Once you have concluded these police interview questions, it’s now time to turn to your pre-interview notes and evidence. Here, it’s best to have a phased approach. Don’t release all evidence at once. Instead, focus on the smaller details and ask a closed-ended question on how they can explain this evidence considering what they repeatedly stated earlier.

Move on to the next wave of evidence, noting any inconsistencies throughout.

Identify deflection. Guilty suspects tend to move the conversation away from uncomfortable topics toward tangential, related issues that they can clearly dominate the conversation. Don’t allow this deflection to take hold. Stick to the question as it was asked. Make sure the question is formulated in a way that does not provide an “easy exit route”, but instead probes for a fact or specific explanation.

By bringing these top investigative interview techniques together, you are far more likely to establish the truth of what happened. For more great articles on this and many more investigative topics, check back to our police test blog soon!