Top 10 Police Officer Skills You Need to Have! 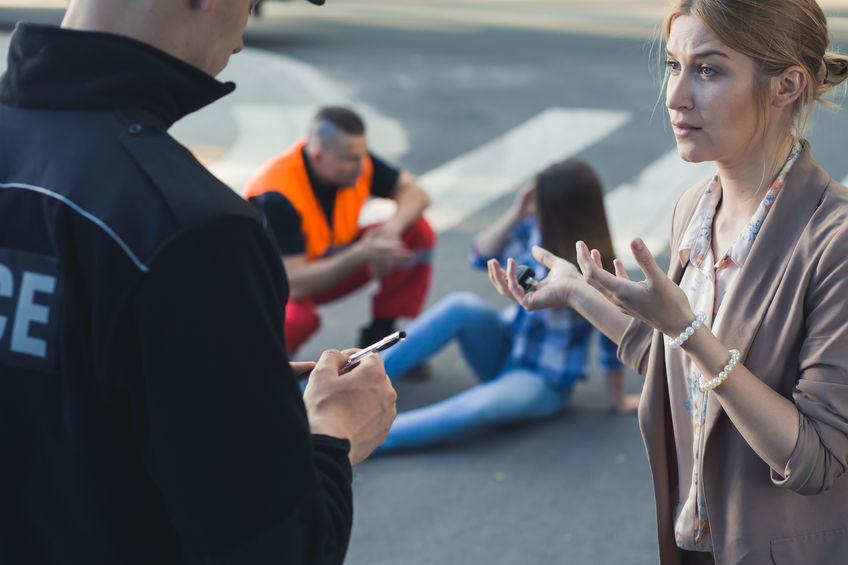 From childhood, we all have conceptions of what a police officer is, what they do, and what qualities they must possess. We often think of law enforcement officers in the light of what has gone wrong, and not what else they offer. Here, we talk about those top 10 police officer skills that all officers have.

Of course, not all law enforcement officers are made equal.

Like any profession, some are better than others. That’s the nature of work. But what unifies police officers is greater than what divides them. True, there are “bad” officers, just as there are “bad” bankers and “bad” real estate agents, but there are always more “good than bad” – often many, many times more.

The skills needed to be a police officer are manifold. And if you think about it, this makes sense. Police officers aren’t just involved with murder suspects and drunks, they must also deal with the delicate issues of missing persons, of people who have passed on, and the need to inform families of these events.

That isn’t easy, no matter what type of personality you have.

The skillset of a law enforcement officer is, then, a diverse one. Here, we review the top 10 skills needed to be a police officer; both “soft” and “hard” skills that result in the most skilled and effective officers throughout the United States:

Problem-solving skills are at the heart of every law enforcement officer.

Law enforcement is invariably about working things out – whether it’s a complex murder situation or a drunk lying on the street about what they have or have not done. The ability to work things out matters.

#2 – Adhering to and Following Authority

One of the great police officer skills is adhering to and following orders.

Not everyone can do it.

The most effective police officers are those who have a respect for the laws as they are written, and not as they would like them to be. They follow the letter of the law and apply it without bias to each citizen.

To rigidly adhere to such a system is difficult, and it highlights one of the greatest qualities of a police officer – namely, their commitment to, and respect for, authority standards and the law itself.

#3 – Ability to Adapt and Learn

Without question, a career in law enforcement is one of pure randomness.

You never quite know what is around the corner.

Every day is different, every counter perhaps unexpected. But what sets police officers apart is their ability to adapt to these evolving changes and adapt and learn from new experiences.

Of course, many of these experiences will be stressful. For example, take the case of a mass shooter seconds from killing an officer. Yet the officer, instead of giving up, decides to pull through, stick with the career and learn from and recover from the event. In this way, he/she learns from what has happened and hopes to become an even better officer in the months and years ahead.

That skill is almost unique among police officers, a skill that should be commended more than it is.

One of the most overlooked skills needed to be a police officer is how they balance empathy and strength.

It’s not often appreciated, but it should be.

We spoke about this earlier, how police officers don’t just deal with complex investigations or challenging cases of murder, but also how they must handle more empathetic cases, such as when a parent’s child has been found dead – often because of suicide.

Officers, then, must balance both sides of the now wide equation. On the one hand, they deal with an aggressive and often violent suspect, and the next day they must handle cases such as suicide and/or missing persons.

That’s a difficult bridge to balance – but it’s something that officers do very well.

The most effective police officers are those with the best communication skills.

It doesn’t sound obvious though, does it?

Many of us think of police officers as “doers” not “sayers”. But that would be to miss the point. The reality is that law enforcement officers are confronted with situations that require the very best communication strategies.

Let’s take just a few common examples. Officers must communicate with the public in often hostile situations. The officer’s duty here is clear – to communicate in a manner that does not escalate the situation further.

The words, tone and means of communication matter – they may persuade an otherwise hostile person from acting in an even more aggressive manner. If an officer chose an ill-considered salad of words, perhaps the situation would turn out very differently.

Police reports are littered with examples of where clear communication matters. In addition, officers must work as part of a team where effective communication remains a must-have commodity.

Whatever way you cut it; communication is a must-have skill needed to be a police officer in 2019.

The most effective police officers master the science of nonverbal communication. Whether we like to admit it or not, all of us are subject to the pressure of nonverbal responses.

Without question, police officers are fluent in the language. Without uttering a word, officers command respect among those they speak to and deliver the message they need to – courtesy of a combination of facial expressions, gestures, and posture – when it matters most.

Sometimes nonverbal communication delivers a more pronounced message than any verbal equivalent could hope to achieve.

One of the most overlooked police officer skills is their ability to listen.

Remember, law enforcement officers must deal with victims as much as they deal with culprits. Many victim testimonies can be difficult to hear. After all, what victims of crime go through are often unimaginable in the eyes of others.

Police officers, though, have this skill; the ability to listen to the experiences of others and empathize accordingly. Sometimes empathy needs to be left to one side, particularly when officers are evaluating both sides of one story. In these situations, officers cannot take one side. The evidence of what is said matters and matters more than the emotions displayed.

Police officers, then, are active listeners who understand when to empathize and how to cooperate with disputing sides of an argument to come to the truth.

Police officers must objective analyze a situation to determine the most appropriate course of action.

For instance, officers frequently face situations in which they must act within seconds. These are challenging life or death situations where the stakes could not be higher.

One of the great police officer skills is the ability to develop critical thinking skills to such an extent where the optimum course of action becomes second nature. That, of course, takes time. Nobody expects new recruits to react in the same way.

It’s a learned skill, but one that is unique among officers and those in the US military. It’s also why the police officer exam places such great emphasis on testing critical thinking skills.

This links back to our previous point. One of the most formidable skills needed to be a police officer is their capacity to handle intense pressure.

Most of the population will never know what this pressure is like. Police officers deal with it on a weekly basis. As we have already discussed, many of these perilous situations are life or death in substance. Officers often have families to go back to at the end of the day.

They work long hours, not seeing their other half for that long.

We have all heard of the stories where officers go to work at 5 am in the morning, after just seeing their kids asleep in bed, only not to return later that evening. It’s a tragedy. But it’s also something we’ve come to respect; the fact that police officers are willing to put their lives on the lines for the rest of us.

It’s an untradeable skill, gifted to society by members of law enforcement.

That neatly leads us to how police officers balance work and life.

One of the great skills needed to be a police officer it the ability to finetune and adjust this often-precarious balance. In the early days of a police officer career, it’s not uncommon to be assigned the most unsocial hours. It can become a challenge to balance work and life in the way that they would like.

But, as is so common with members of law enforcement, they find a determined way to persevere through the problem; perseverance being one of the common qualities of every police officer. The work-life balance is not easily achieved. Most of us would struggle.

But officers, almost by their very nature, accustom themselves and adapt to the situation. It’s an admirable trait, yet something the rest of society fails to do.

And that’s it – our top 10 skills needed to be a police officer.

The police officer skills we’ve talked about here give a grounded idea as to what a life in law enforcement is like. The skillset, as we have learned, is both diverse and complex; one that deals with many different and competing aspects of society.

Yet it’s also a career that society seldom understands.

Aspiring police officers should bear these police officer skills in mind. If you intend to become a member of US law enforcement, you need to know what to expect and what’s expected of you.

The skills needed to be a police officer are some of the most complex around.

By mastering the above skills, there is no reason why you too cannot become a member of this elite, unique and highly skilled profession.

10 Types of Police Position in Departments!