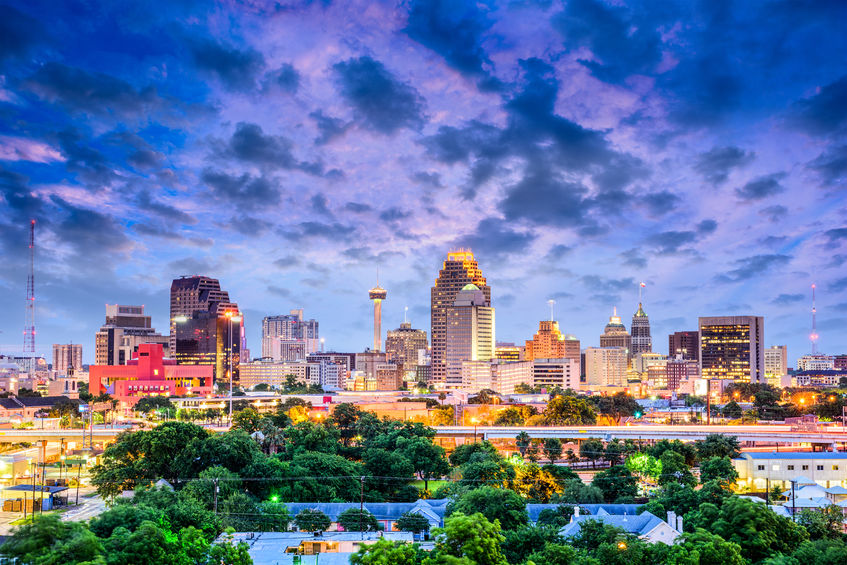 San Antonio Police Department (SPDA) is the largest law enforcement agency in Texas. The city of San Antonio and some of the surrounding areas fall under the jurisdiction of SPDA. The police department was formed in 1846.

SAPD has a mission of “Improving the quality of life by creating a safe environment in partnership with the people we serve”.

Unfortunately, the department has faced several controversies over the past couple of years, including civil rights violation and serious cases of misconduct.

However, with the department’s continuous devotion to their work, 2018 was marked as the 2nd continuous successive year to witness a notable 16% decrease in the local crime rate.

Furthermore, SAPD holds a commitment to create the safest possible environment for the community and its staff and aims to become a leading standard for other law enforcement agencies throughout the United States

San Antonio Police Department was formed in 1846 and has evolved to become one of the most successful law enforcement agencies in the country. Now overseeing a population of 1.5 million citizens (2017 estimate), SAPD has evolved and adapted to often difficult social and economic circumstances – much of which has translated into crime.

As of 2020, the department boasts a workforce of almost 3,000 staff – including 2352 police officers and 639 unsworn personnel – all of which are led by the current Chief of Police, William McManus. Since he has taken on the role, McManus has taken decisive action to tackle the problems that emerged in recent years.

For 2020, the annual budget for the department is $479 million – serving a population of almost is 1.5 million within an area of 466 square miles. San Antonio Police Department is currently headquartered at 315 S. Santa Rosa.

The department is divided into four major specialist units:

Their internal affairs unit is committed to thoroughly investigating and providing law and equality with objectivity – without any bias.

SAPD gives the public access to law enforcement officials at any time regarding any complaint – one of the features that have established trust between the department and the citizens they oversee.

Visit their website to learn more about SAPD facilities.

San Antonia Police Department has a brief history beginning from 1700s as San Antonio de Bexar under Spain and Mexico through to the 1900s when San Antonio emerges as one of the major cities of the United States.

Its history can be divided into four major eras:

The early construction of its 2nd floor building began in the mid-1800s, which was later known as the “Bat Cave”.

In the 1900s, the very first female prisoners monitor, Elizabeth Dunn (Hardy) was appointed in the SAPD.

1950s were considered the years of expansion for many manual and technical facilities, including new headquarter buildings, crime laboratories and modern equipment and technology. The Chief of Police for the year 1953, Chief Bichsel, was the longest serving Chief in the history of the department.

Later between the late 1900s and 2000, the department decentralized services and accountabilities at all levels. That process continues to this day.

If you are planning to take the San Antonio police department exam, you should apply as soon as possible.

The San Antonio police department test is a regular annual examination. You need to make it through the police academy through robust preparation over the long-term. Also, hard work, devotion and physical capabilities are required to succeed at the SAPD test.

Candidates must take the police test, which is composed of several distinct parts. There is the police written exam, physical fitness test, police interview exam, and medical assessment. In some cases, a polygraph exam may be required.

Police officers from the department are the instructors of the candidates, including for assessment at the oral board exam. Once candidates have made it through the SAPD police exam, candidates partake in more than 1300 training hours to become a qualified and experienced law enforcement officer for San Antonio police department.

SAPD is renowned for its law enforcement training opportunities.

The six topics mandated by the police academy are:

In terms of salary, newly qualified cadets can expect to earn up to $45,000. Salary grows with experience, rank, and responsibility. Detectives earn as much as $81,396 whereas the Assistant Chief of Police earns $164,244.

Check back to Police Test Study Guide soon for more on the facts you need to know to prepare for and pass the 2020 police officer exam.