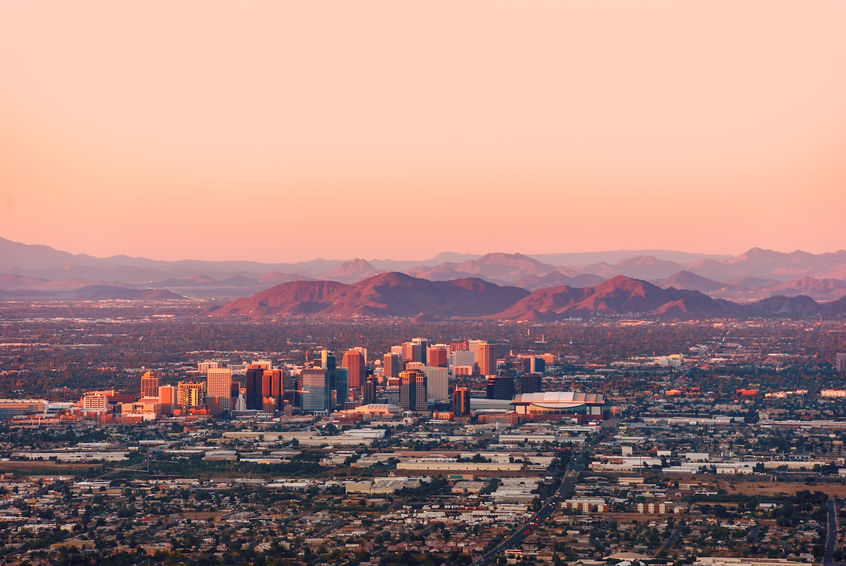 Phoenix police department was established in 1881 and is now the largest agency in the US state of Arizona. Here, we learn more about the department – what it stands for, how it is equipped, and how you can become a police officer of this distinguished law enforcement agency.

“To ensure the safety and security for each person in our community” is the motto of Phoenix police department. This encapsulates the values of the department and the ethos with which it conducts its operations in the community. That said, the department has been knocked by several controversies in recent years. In December 2012, for example, Detective George Contreras defrauded the department by falsely claiming that he was owed money for work he never performed. Despite these cases, the department has a robust reputation and continues to provide quality law enforcement throughout Phoenix.

“Virtual block watch” is one of the more recent innovations introduced to Phoenix police department. It involves registering with the department to have cameras secured at a specified location – such as a home or business. Registered citizens to the program are only contacted if criminal activity has occurred within the vicinity of your camera. This is just one of the many novel innovations that have enhanced the security profile within the city. These cameras also act as an effective deterrent, too.

The current Chief of the Police is Jeri Williams – who devised an effective action plan for the department to include the following five focus areas:

Phoenix police department is recognized by the Commission Accreditation for Law Enforcement Agencies (CALEA). As of 2020, the department employs 3,125 police officers and over 1,000 unsworn personnel.

The agency has an annual budget of $721 million, serving a population of 1.6 million, over an area of 516 square miles. The department’s headquarters is located at 620 W Washington St.

Phoenix police department is divided into the following divisions:

As with every department, there have been cases of officers who died in the line of duty. For Phoenix police department, this number is currently 40 officers.

For more information about the Phoenix police department, visit their official website.

Phoenix police department was formed in 1881. In that year, residents elected their first “chief” of law enforcement, Henry Garfias. Garfias lasted 6-years in that position and instituted significant reform within what was then a nascent agency with little organizational structure and facilities.

Recall that around 1900, the city of Phoenix only had 11,000 residents: a small community at best with relatively little crime. During those days, most officers patrolled on foot. Though a small number of officers used horses; the most famous of which was Old Nelly.

1925 was a significant year because it was the year when they lost their first police officer – Officer Haze Burch – who was gunned down by a pair of brothers who were on the run. Thankfully, the brothers were found and arrested, and put behind bars.

Police officers were not paid very much back then. In 1930, the average wage of a police officer was just $100 per month. They worked 6-days a week and long hours. In 1933, the population had grown further – this time to around 48,000 people. As the population expanded, there was an even greater need for organizational reform.

That reform happened in 1950 when the department was structured into four divisions:

In 1974, an air division was introduced, along with the department’s first helicopter. Within months, that air division would expand to include a fixed-wing aircraft and two additional helicopters.

Things evolved slowly, but always across the arc of progress. In the late 2000s, initiatives were introduced to deter what was a growing epidemic in juvenile crime. Block Watch and G.A.I.N. (Getting Arizona Involved in Neighborhoods) are two such examples which proved to be an enormously successful partnership between citizens and the police department; a synergy that cut crime rates throughout the city.

Things have deteriorated in recent years, however. Unfortunately, there has been an increase in the number of police officers killed in the line of duty – with Phoenix now among the departments with one of the highest rates of officer deaths.

To pass the Phoenix police department test, candidates must take the police officer exam that has three major components:

Candidates must also prepare for background checks, a medical review, and may be subjected to a polygraph exam. Phoenix police department operates a diligent program to filter through only the highest caliber of candidate.

Before taking the exam, you are recommended to prepare months in advance. Recall that not all candidates make it through to the police academy. Only the very highest scoring candidates are registered. Therefore, you cannot “just pass” the exam. You must score as high as you possibly can to increase the probability of successfully making it through to the academy for advanced training and skill development.

The agency offers competitive salary packages. The starting salary for a police offer is $48,948 and, with 6-years’ experience and responsibility, this can rise to an average of $85,514.

Learn more about how you can pass the Phoenix police department exam of 2020.

How to Ace the Oral Board Interview!