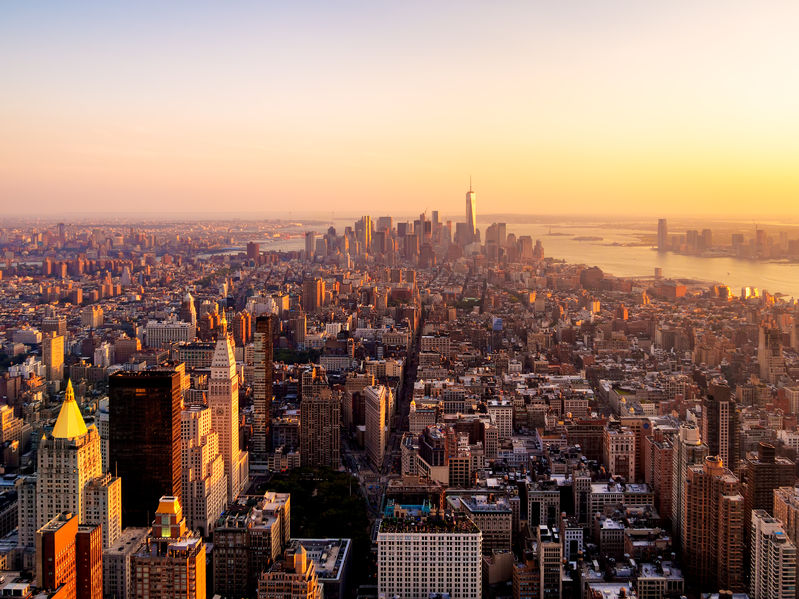 Officially known as the City of New York Police Department, NYPD boasts the largest police force in the United States. Formed in 1845, it’s also one of the oldest law enforcement agencies, too.

Here, we flesh out some of the key facts about NYPD; providing a summary overview of the agency itself before going on to talk about its history and how it evolved in the way that it did – highlighting some of the most important moments along the way.

Given this backdrop, it’s no surprise that NYPD has been fictionalized multiple times over. It has been extensively portrayed in everything from video games and novels, to motion pictures, television and beyond.

New York City Police Department has, then, captured the attention of the world in a way that no other department can rival. So, with this in mind, let’s turn to some of the key facts about the department.

Fidelis ad mortem, or “faithful unto death”, is the official motto of NYPD. That motto encapsulates the elite nature of this police department and why it has evolved to become one of the most widely respected departments not just in the US but also in the wider world, too.

In terms of the facilities at NYPD, there are:

As one of the largest police departments in the United States, NYPD has an extensive array of specialized services. Among these services include:

We can see, then, that New York City Police Department is extensively resourced to both prevent crime and to handle both minor and serious crime, as well as equipped with the resources to handle prospective emergency situations.

But how did NYPD grow to become this elite force?

In the first half of the 19th century, there were extensive crime challenges in New York. Most of the crime was attributable to Irish immigrants, who were poor and got involved with local criminal gangs. 55% of people arrested in NYC during the 1850s were Irish-born, whilst 35% of all arrested prostitutes were also Irish.

Before 1845, there were insufficient resources in place. These included an ineffective night-watch force, 100 city marshals, and 50 police officers; simply not enough to deal with the rapidly emerging population growth of the city – which, at that time, was around 320,000. Unlike today, they didn’t have a police officer exam.

Once the department formed, a proposal was drawn up by the industrialist Peter Cooper to seek an additional 1,200 police officers.

On 1 January 1898, the department extended its provision to Brooklyn.

From there, and with Theodore Roosevelt at the helm, things started to move – and fast:

Throughout the 1970s, things were difficult for the city. This was a period of economic stagnation, which led to social unrest – particularly in places such as the Bronx where lawlessness was rampant. Due to the failing economy, a hiring freeze for NYPD set in.

In the 1980s and early 1990s, there was an epidemic of crack cocaine. This drug epidemic was primarily responsible for the enormous spike in homicide rates and petty theft throughout the city. As a result, action was needed.

In the mid-1990s, the then-Mayor Rudy Giuliani implemented a zero-tolerance policy on crime. This included the broken windows theory, which argues that harshly dealing with minor crimes – such as vandalism, evasion of travel fares, and public drinking – creates an atmosphere in which more serious crimes are discouraged.

Regardless of the theory, crime rates dramatically reduced under the premiership of Mayor Giuliani.

In September 2001, the city was shattered by the September 11 attacks. In those attacks, 23 police officers lost their lives.

In 2015, the Strategic Response Group was formed; a rapid reaction force tasked with immediate intervention duties such as terrorism and citywide emergencies.

If you are thinking about taking the NYPD police test, you need to apply to the local department soon.

Competition for places within the department is extremely high. To succeed, you need to score high on the police officer exam. In December 2011, there were 1,500 graduations from New York City Police Academy.

If you are not yet familiar with what is tested, check out our NYPD police test preparation – listing the subjects you need to prepare for in the weeks and months ahead. To make it into this department requires time-intensive dedication, hard-work, and high physical capacity.

As we have learned, NYPD is among the world’s most prestigious and elite police forces. If you believe this is the career for you, now is the time to get hired. Check back to Police Test Study Guide soon for more great histories on many more police departments in the United States.