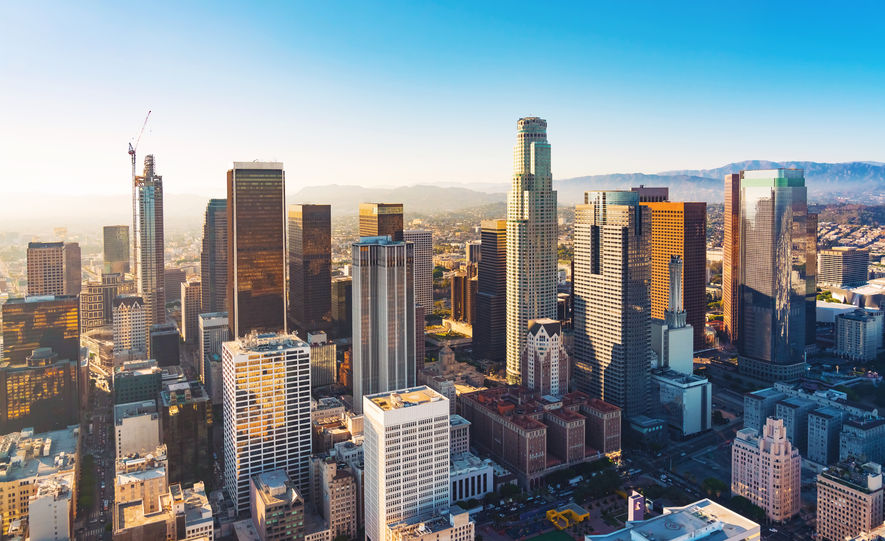 Like New York Police Department, LAPD has been widely fictionalized in an abundant array of novels, films, and television shows. Competition for places within the police academy is relatively high.

To become a police officer of LAPD, the successful candidate needs to demonstrate a high level of competency, professionalism, and physical performance – factors we discuss later.

For now, though, let’s take a few minutes to learn more about Los Angeles police department – from size and operational structure to its facilities and personnel among much, much more.

“To Protect and To Serve” is the official motto of LAPD; a reflection of the devoted loyalty that officers have toward protecting this great American city. Of course, the department itself remains one of the oldest in the United States, having been formed in 1869 – just 16-years after the formation of NYPD.

As of 2018, there are just over 13,000 employees working at the department – all of whom serve a 500 square mile area which contains a population of just over 4 million citizens. Of course, this is a vast expanse. Police officers meet many daily challenges, all of which are designed to keep the population on the right side of the law.

Los Angeles Police Department is currently located at 100 West 1st Street. Overseeing the agency is the Board of Commissioners; a 5-membered board that is tasked with the challenge of overseeing management and operations of the police department.

The current (Feb. 2020) President of the Commission is Eileen Decker.

Below the Board of Commissioners is the Officer of the Inspector General. They are tasked with conducting investigations into misconduct within the department. The officer is also tasked with the overall disciplinary procedure within LAPD and ensuring that it is applied fairly and even-handedly to staff.

In terms of the structure of LAPD, it currently has:

Facilities and equipment in Los Angeles Police Department are among the most modern in the US.

The United States gave birth to the first Los Angeles police force in 1853.

Back then, it was known as the Los Angeles Rangers; a volunteer force that went around the city doing the best that it could. Admittedly, though, the force was rather small, and it was difficult to attend to the daily challenges they faced.

The Rangers didn’t last long, and were rapidly succeeded by the Los Angeles City Guards, who were yet another protective force of volunteers. Even though these forces were inefficient, they were also corrupt with crime – whether it related to gambling or violence.

To cater to the needs of the growing population, a more robust force was needed. That force came into being in 1869. Unlike previous incarnations, this force was not a volunteer group and instead was paid. By 1900, there were 1,500 officers – which was 1 police officer for every 70 citizens. With the birth of the civil service in 1903, this number mushroomed from 70 to 200 police officers.

In World War II, things could a rapid turn. After the attack at Pearl Harbour, the United States was committed to entering World War II, on the side of the Allies. As a result, more officers were taken from their day-to-day duties and instead enlisted as members of the military. This substantially reduced the police population of Los Angeles police department.

For example, in 1943, there was very little the police force could do to suppress the Zoot Suit Riots, which were a series of race-related riots held in June 1943 with American servicemen on one side and Mexican Americans on the other. Mexican Americans were wearing Zoot suits, which were made from a lot of fabric, and this was considered un-American during World War II when rationing was needed.

The first SWAT team (Special Weapons and Tactics) was formed in 1965 to handle threats that emerged from radical groups, such as the Black Panther Party who sought to monitor police by conducting patrols and challenging police brutality wherever they saw it.

For all its difficulties, LAPD has emerged as one of the most successful police departments in the United States. For its size and inner complexity, the management and operations of departments such as LAPD require that extra injection of effort – and that is what continues to this day.

If you are thinking about taking the LAPD police test, you should consider applying a soon as possible.

As with many other departments throughout the US, competition remains high. To make it through to the police academy, you need to do more than just pass the police test. Instead, you need to score high – much higher than your competitors. The more effort you put in, the better results you can expect to harvest.

If you haven’t yet prepared for the Los Angeles Police Department test, take a few minutes to learn more about what’s included and how you should prepare. To do well at the exam requires months – not weeks – of preparation. To make it through to Los Angeles police department requires time-intensive dedication, hard work, and high physical capacity.

We have learned about the history of LAPD and why it remains one of the world’s most prestigious and elite police forces. If you believe a career at LAPD is for you, now is the time to put in the hard work and get hired.

At Police Test Study Guide, our mission is to help you achieve precisely that.

How to Answer Oral Board Questions