How to Tell When a Suspect is Lying | Top Detective Techniques! 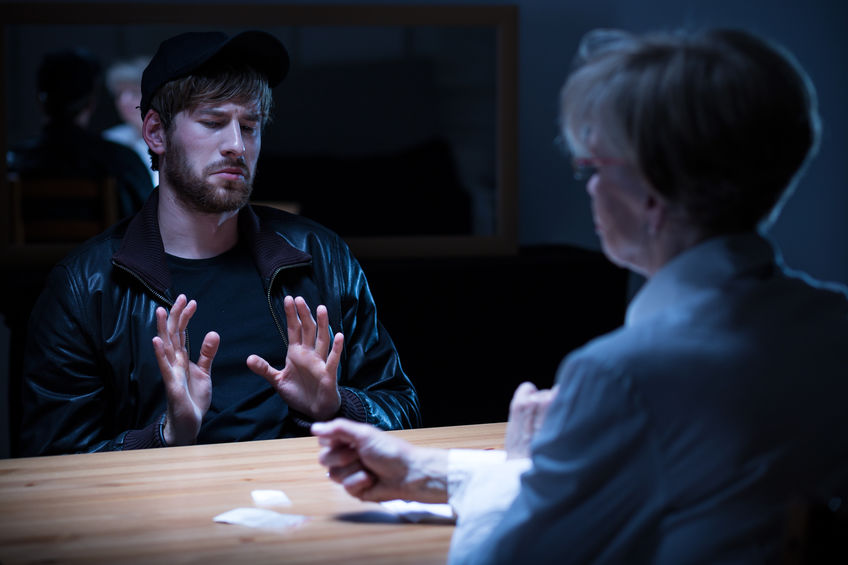 Know What to Look For

Body language is falsely held up as an effective method of determining deception. The reality is that body language taken alone is one of the worst determinants of truth or falsehood. Studies show, more than ever, that standard body language cues we associate with lying – such as fidgeting or glancing upward or looking away or folding one’s arms – are simply an ineffective means of establishing the truth.

Police detectives know how to tell when a suspect is lying even if the story appears to make sense. It’s called instinct. More than ever, studies reveal that instinct and gut reaction can determine truth/falsity to a far higher degree than studying non-verbal cues. In many ways, reviewing a suspect’s body language takes away and distracts from the real analysis that police detectives can undertake.

With these factors in mind, then, let’s review the top ways to tell when a suspect is being deceptive. We focus on the following six tools:

When a suspect is lying, their emotional response often mismatches the response you would ordinarily expect.

For example – a person who calls 911 with a relatively calm tone and disposition is unlikely to react that way if their home has just been burgled. Perhaps a fatal injury has taken place, maybe to a spouse or loved one, in which case the emotional response should be amplified many times over.

In these cases, the caller may sound distressed but, more importantly:

When you listen to legitimate 911 calls versus calls from lying suspects, you begin to understand why this becomes a powerful means to establish deception. Of course, it does not conclusively determine deception, but it acts as an identifier or potential cue that may lead you to ask questions.

Yes/no questions are the easiest questions to answer.

Either something did happen, or it didn’t. That’s precisely why this has become a powerful indicator. Liars tend to dodge the question, perhaps answering a related question with fluffy details.

Rather than saying, “yes” or “no”, the suspect will answer is a somewhat panicked manner:

If this pattern of response occurs repeatedly throughout the interview, it gives investigators pause to consider why the suspect has such difficulty answering the most simple and direct questions.

It’s also more challenging for the liar to admit “yes” or “no”.

If you think about it, an awkward silence comes after. There is no attached emotion. That alone is enough to trigger the fight-or-flight response where suspects think more about their body language and whether they’re giving off the right impression. This, in turn, is likely to negatively influence their non-verbal cues.

Liars must think ahead.

That’s because they need to develop a convincing story. Where they were, what they were doing, how they ended up in this situation, and why they would never have a motive to commit the suspected crime.

This takes a lot of effort.

When the story comes together, suspects tend to have more confidence than they should. For example, this manifests in 911 calls far earlier than one would expect. A caller who reports their spouse missing, perhaps just within a few hours of the spouse going “missing”, raises some alarming questions.

They have become prepared for the death of their spouse.

This is truer in cases where the 911 call refers to the spouse in the past-tense. Take a caller who says, “We were married for just over a year now. I can’t believe this has happened. Please help me!”, thereby raising questions as to how the caller knows, already and without further investigation, that a death has taken place.

Furthermore, if the call is packed with details, particularly related to how well the relationship was going (for example), that should also raise questions. It tells police detectives that the suspect has given incredible thought into what should/should not be included in the call.

Lack of Focus on the Smaller Details

They say a liar needs a good memory. At least this stereotype is true. That’s because liars need to comb through all details, not just the big details.

What they were doing that night, perhaps watching a TV show, matters. Investigators can learn whether the TV show was scheduled that night, but also at the time in which the suspect claims to have watched it. These small details add up, and upon further investigation, they can reveal remarkable inconsistencies even if most of the story appears to add up.

These inconsistencies often show up in alibi statements. When an alibi cannot fully corroborate the fine details of the suspect’s story, it may give the impression that:

Knowing how to tell when a suspect is lying often relies on the smaller details that many people often either do not value or forget to consider.

Liars are always wealthy enough to buy time, often lots of it.

When caught within the jaws of a difficult question, liars must think on their feet and think quick. It often takes only a few seconds to come up with a potentially credible alternative explanation.

That’s where filler words/questions come in:

When interviewing a suspect who repeatedly attempts to buy time, that should raise deafening alarm bells. Another related technique is for suspects to throw in a red herring, or diversion.

Suspects may not answer the detective’s question but may answer a related question or offer up another point of consideration. In this way, they can claim to have “misunderstood” the question given the pressurized environment, or that they’re legitimately attempting to divert the conversation away from what appears to be an uncomfortable line of questioning.

Inability to Lie in Reverse Order

One of the best ways to learn how to tell when a suspect is lying is to ask them to tell their story in reverse – and monitor their reaction and details.

The more layers of complexity added, the more difficult and physiologically challenging the lie becomes for the suspect. As a result, lying suspects who find it challenging to tell their story in reverse order are more likely to display behavioral clues.

Not only this, but suspects are also more likely to reveal inconsistencies, or even add additional details that were not present in their originally stated chronological order of events.

Experiments have already been performed and conclusively show how effective this method is.

To know how to tell when a suspect is lying takes effort.

It’s not something you learn overnight, but something you experience day-to-day. No one method above offers cast-iron proof that a suspect is lying. Instead, they are indicators that commonly display during a deceptive showing.

If all the indicators point in one direction, you have pause to question the veracity of the story offered to you. That, in conjunction with your original instinct, should almost always guide you toward the truth.

If you are taking the police test and need to improve your interrogation and investigative techniques or would like to learn more about how to detect lying suspects, become a registered member of Police Test Study Guide now.