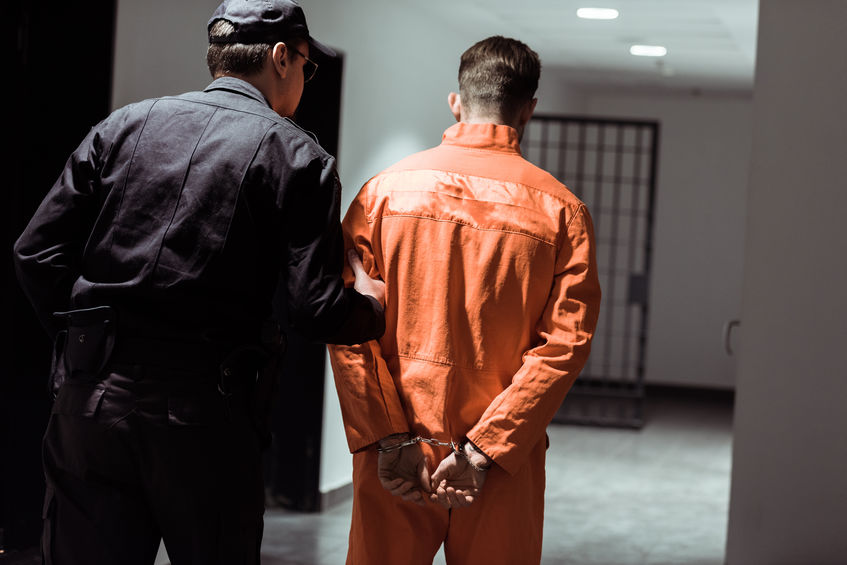 Why Become a Correctional Officer?

Correctional officers are needed to meet the growing needs of the prison population in the United States – which now stands at 2.3 million people. 1.3 million inmates are in state prisons, whereas 225,000 are in federal prisons and jails, and a further 615,000 are in local jails.

These statistics are important. If you’re thinking about becoming a correctional officer in the United States, you need to be aware that the US Bureau of Labor and Statistics is projecting at least a 5% growth in this sector. This growth is not limited to federal, state, and local prisons – but also prisons commissioned through private capital under the auspices of government regulation. That means there is a huge scope for career progression in the correctional sector of law enforcement. In 2018, the median pay for correctional officers was $44,400 per annum – or $21.35 per hour; higher than the average police officer salary in the United States.

However, correctional officers do face significant challenges. They have the highest rates of both injuries and sickness compared to all other occupations – often due to confrontation with inmates. The career is also challenging in that you need to be available for both day and night shifts – often all night – as well as through holidays.

There are variations in the minimum requirements depending on whether it is a federal, state, or local prison.

Similarly, there are different hiring standards and practices. You should contact your local correctional facility or police department to learn more about the specific requirements in your area. If you don’t want to contact direct, you can always visit their website for more information.

However, there are five minimum federal standards that must be met:

For state and local standards, these often differ.

For example, in some states you can qualify at 18 and, at others, it’s 21. You also generally need to have a high school diploma or GED and a valid driver’s license.

Furthermore, given the physical strain of the profession, you need to be both physically and mentally equipped to deal with what this career can throw at you. More on that below.

Whilst you can train to become a correctional officer without a bachelor’s degree, this typically only helps candidates secure a more junior role. Candidates with a bachelor’s degree tend to earn more and advance quicker within the profession. Moreover, it’s preferable that the bachelor’s degree is in some relevant social or behavioral science – such as criminology or psychology or sociology.

You do not necessarily need a bachelor’s degree. If you have already passed the police test and become a law enforcement officer, you have already met many of the necessary criteria. It becomes much easier to transition into the correctional profession. Those who do make that transition find that they have greater earning potential as well as a faster ability to progress in law enforcement.

Most states preferentially choose veterans as they are already equipped with a unique skillset that newly trained police officers simply do not have. Veterans are also more likely to seamlessly train to become a correctional officer and require less effort than a recent graduate who has limited to no training or relevant experience.

Once you have submitted your application to become a correctional officer, you must now pass the relevant exams.

Given how physically and mentally demanding the role is, it’s important that these tests and screening measures are taken.

Successful applicants who pass through all 5 of these hurdles are typically placed on a 12-month probationary period to assess how they respond to the job.

It’s vital that applicants demonstrate both physical and mental acuity – being able to make swift decisions whilst acting in full accordance with federal, state, and local correctional facility legislation.

If you are unsure about how to become a correctional officer, you must learn more about the training that these officers are required to undertake. It is often far more intense than many candidates first believe.

Each state comes with its own intense training program. Again, consult your state website for more information about what is included in your area. In some cases, training lasts just a couple of weeks, whereas in other states it lasts a matter of months.

Most states train officers in the following nine core fields:

Furthermore, correctional officers are also trained in the safe and effective use of firearms.

Correctional officers must display minimum standards in physical ability. During the physical abilities test, candidates will be tested on their capability in:

Candidates vying to become correctional officers will also be expected to have some knowledge of rehabilitative methods.

These methods serve to reduce recidivism rates – the rate at which criminals re-offend. Officers should have a working knowledge of these methods as it offers an opportunity for correctional officers to identify those prisoners who may benefit from rehabilitation and become a productive member of society once released from prison.

Finally, once you have graduated from the skills and training course, you need to swear an oath of office. These oaths differ on a state-by-state basis, but it is a verbal and written oath in which you swear to fulfill your duties in good faith.

And that’s it. That’s how to become a correctional officer in the United States.

If you are training to become an officer and need assistance with the correctional officer written exam, become a member of Police Test Study Guide. We have all the tools you need to master this part of the exam!