Differences between Bribery, Blackmail, and Extortion! 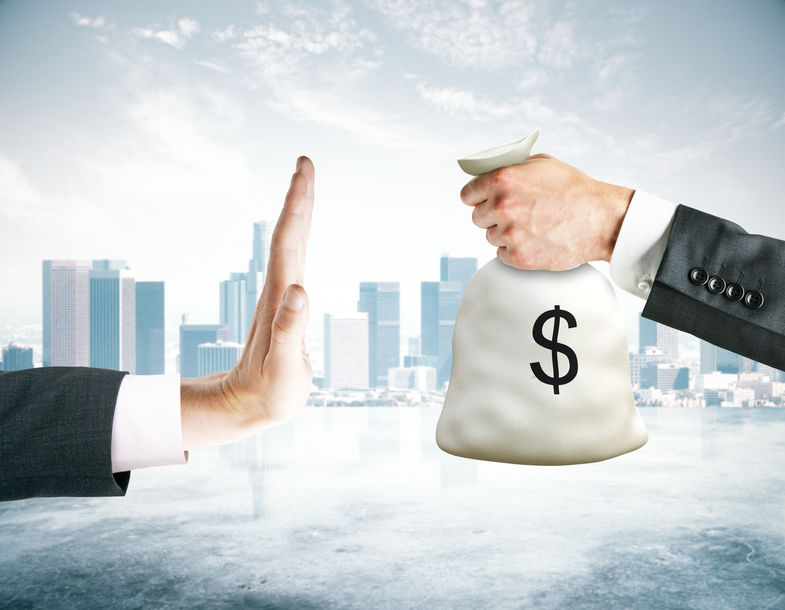 During the police test, you will be asked questions about legal terms and definitions. For example, questions may come up during the police written test – in which you are expected to understand a reading comprehension paragraph, or perhaps know the correct spelling and/or use of a legal term.

In your preparation for the police exam, it’s vital that you are familiar with the most common police vocabulary – not only in terms of definitions but also in terms of spelling and accurate use of the terms within wider contexts. Here, we discuss the core differences between three widely misused terms: bribery, blackmail, and extortion.

Both bribery and blackmail depend on the means used to achieve a specified outcome.

In the case of bribery, it’s about using the means of something valuable – such as money. Money – or any other valuable means – can be used to manipulate circumstances in your favor. Politicians are often bribed for this very reason, as it’s the politicians who wield power and it’s that power that the criminal briber is hoping to yield for his own interests.

There are several possible outcomes of briber:

Of course, bribery is a two-way street. Politicians can use their power and influence to bribe others, for example.

Nor is this crime limited to politicians. Bribery is common with commercial organizations, jurors and witnesses, and government-funded programs. Many police officers, too, have been shamed by bribery.

Differences between Blackmail and Extortion

Blackmail is different from bribery in that it involves threats.

Intimidation is the currency of blackmail. For instance, it’s possible for the crime of bribery to morph into blackmail. Take the following situation: an individual bribes a politician. Once the bribe has been accepted, the individual can threaten to reveal the bribe to the public. In this latter case, it is an example of blackmail.

As a law enforcement officer in the United States, you will come across many cases of blackmail. Of course, blackmail can also occur within police department agencies, too, and you should be aware of the criminal implications of the crime and the need to report it to a supervisor if necessary.

Intimidation and threats are just as common with extortion.

But what makes extortion different?

Extortion involves obtaining something of value – such as property or money – through coercion. Blackmail is a form of threat that involves revealing damaging information about another person.

However, some states – such as California – combine the crimes into one general law.

So, we can see clear differences between bribery, blackmail, and extortion.

Knowing these differences is important. As we alluded to in the introduction, police vocabulary is a must-know subject for police exam success.

Take a few moments to learn these differences and, once done, move over to our article on the differences between libel, slander, and defamation.

Police Interview Question | “Would You Give Your Mother a Speeding Ticket?”!