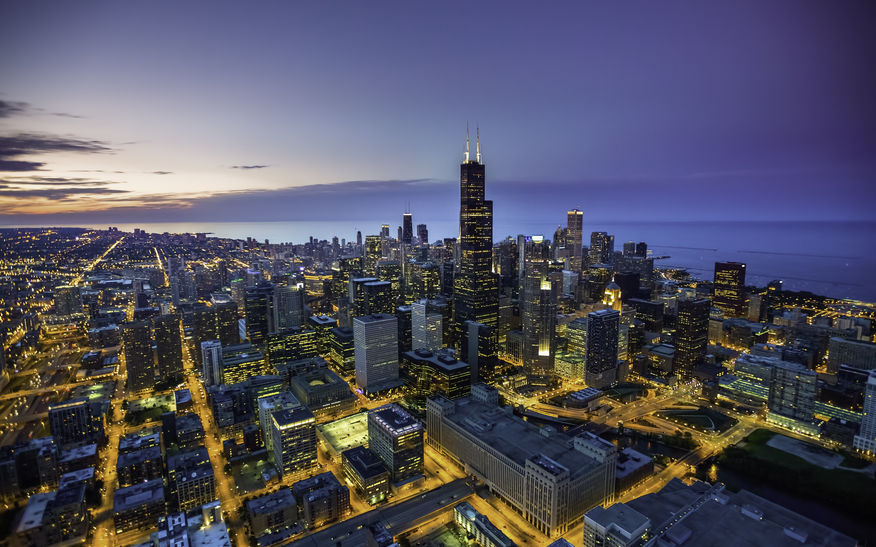 CPD – or Chicago Police Department – was formed in 1835, making it one of the oldest police departments in the United States. It’s also one of the largest departments, too – 2nd largest behind NYPD – the statistics of which we explore later in this article.

Though it remains one of the great law enforcement agencies of the United States, the department has, in recent years, come under criticism for what many believe to be the improper use of force.

The US Department of Justice has spoken quite critically of CPD over the past couple of years. That said, much effort continues to be made to remedy the problems that have evolved in the department.

As one of the largest departments, it has also seen its way into our TV screens. The department has been fictionalized from TV shows to novels and has remained one of the most captivating departments in the US.

Furthermore, it also remains one of the most attractive agencies for aspiring law enforcement officers, all of whom take the police test in the hope of joining this elite force.

As we have learned, the department was formed in 1835, almost two centuries ago. Today, the department boasts a considerable workforce, upwards of 13,500 police officers and an additional almost 2,000 employees.

“We Serve and Protect” is the motto of the department, a brimming reflection of the ethos that characterizes this agency. Though the department has faced considerable criminal challenges, it continues to meet its objectives as best it can with the force and equipment bestowed to it.

As of 2018, the annual budget for the department was $1.6 billion – which is rationed throughout a department that covers 237 square miles and whose population is 2.8 million (2016 est.). Its governing body is Chicago City Council, with the department’s headquarters located at 3510 S. Michigan Avenue.

The department is divided into 6 bureaus:

There is enormous scope for career advancement within these departments for committed and experienced police officers who have successfully navigated their way through the Chicago police exam.

Furthermore, the department is equipped with the following specialized units:

You can learn more about these units by visiting CPDs website.

The history of CPD waxed and waned throughout several important periods. Below, we review some of the most important. Of course, Chicago itself was only incorporated as a city in 1837. At that time, it was one prevailing constable, Archibald Clybourn – after whom Clybourn Avenue in Chicago was since name.

He oversaw the “department” then, but it’s worth emphasizing that Chicago Police Department was not officially established until 1855. Back then, Chicago was divided into three stations: Station 1, Station 2, and Station 3 – all of which sliced up the city into more manageable chunks.

In those days, it wasn’t easy to become a senior police officer. There was no police officer exam and standards until 1895. Before then, personal and political connections were what swung the balance. However, recruits were often needed. After 1856, many of these recruits were sourced from the immigrant Irish population – unskilled, foreign, but English-speaking recruits.

The next wave of progress was to emerge in the 1860s and 1870s. During this period, more sophisticated investigative units were established to handle more serious crimes. It was also during this period, in 1872, that the first African American police officer was hired by Chicago police department, an important and culturally significant moment for the agency. Thirteen years later, in 1885, the first women were recruited into the department. However, their role was limited to being matrons who cared for female prisoners.

From the 1890s, facilities within the department expanded relatively rapidly:

Throughout the 1960s, Orlando W. Wilson – the first civilian superintendent – introduced some radical reform to the department; a transformative figure for CPD in the latter half of the twentieth century.

This included the introduction of the department’s motto, as well as many of the uniform style and design we see with today’s police force. Furthermore, a more just process was introduced to ensure those who worked the hardest earned the promotion they deserved. Before this, cronyism and nepotism ruled the day.

Fast forward to the year 2000, and the new Chicago police department headquarters was opened. On June 3 of that year, it was opened to replace what was an old and dilapidated headquarters. Before 2000, the CPD was headquartered at 1121 South State Street. It would now be headquartered at 3510 S. Michigan Avenue.

Starting salaries for Chicago police department are among the most competitive in the United States (2016 figures):

As we have learned, there is enormous scope for advancement within the department – whether it is the Marine and Helicopter Unit, the SVU, or more specialized operations within highly advanced teams.

To enter the police academy, candidates must pass the police test which covers the written exam, fitness test, police interview exam, and medical assessment. You may also be expected to undertake a polygraph.

Given the limited number of places, it’s imperative that candidates score as high as possible. To achieve this, you must prepare in the weeks and months ahead.

At Police Test Study Guide, we have put together the most comprehensive range of learning tools tailored toward the 2020 Chicago police department test. Take a few moments to learn more about what we offer and how we can help you master your police exam!