A Day in the Life of a Police Officer! 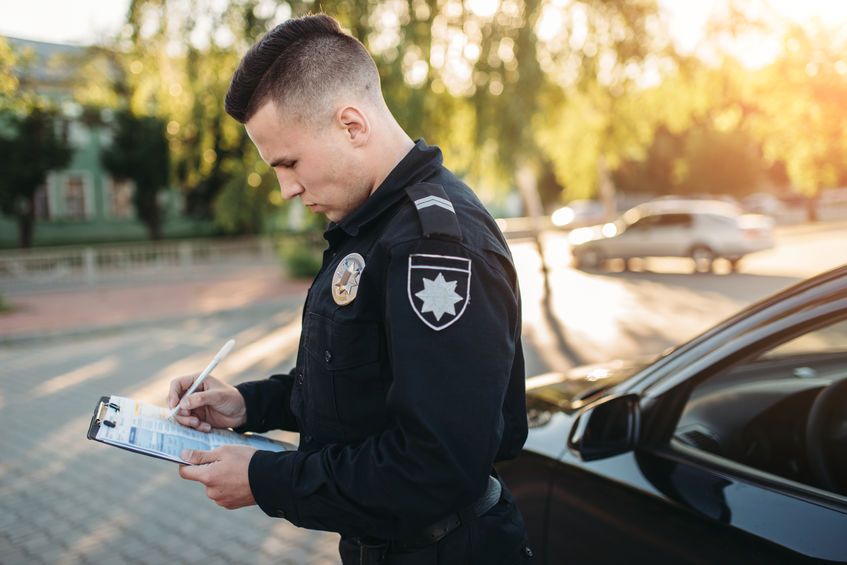 Ever wondered what a day in the life of a police officer is like?

There are almost 700,000 active police officers in the United States – all of whom are experiencing very different things. After all, a career as a law enforcement officer is not a decision to take lightly. It’s a career where your life can be on the line in a matter of seconds – often when you least expect it.

A day in the life of a police officer can also be a highly rewarding one; as you are serving the local community and, in many cases, saving lives and brining criminals to justice.

There are few careers which carry so much risk and yet so much reward.

You have already passed the written exam, fitness test, oral board – and aced the police officer exam. You were inducted into the police academy for further training and professional skill development and now has come the time to put that skill into practice.

An Early Start to the Day

It’s only three months since you joined New York Police Department and your shift times haven’t changed all that much.

Your alarm goes off at 5am. You didn’t have a great sleep, but duty is calling. You take a shower and give yourself a thorough shave. The last thing you want is for your supervisor to start complaining about your unprofessional appearance. Officers must look the part; clean and presentable and not scruffy and unbecoming.

Your attitude begins to shift once you begin to don your police attire. The seriousness of the role takes hold and your professional mentality comes to the fore. You calibrate your mindset accordingly.

You kiss your two kids and spouse goodbye and head off for the day’s work.

Some police departments permit officers to take their patrol car home. In this case, it’s at work. You inspect the car as if you were at home, checking to see if everything was the same as last time. You also check whether key equipment – such as the police radio – is working accordingly. You verify whether other core equipment – such as first aid and fire extinguishers and spare tyres – are available.

Most police departments commence with a role call at the start of a shift. You may also be informed of any important events to keep in mind. These may be developments that occurred since your last shift. Once you have been informed of your key duties and operations to keep in mind, you set off to start your day.

As you patrol the city, you establish that a car up ahead is speeding.

You cautiously approach the vehicle and signal the driver to pull over. You get out of your patrol vehicle and inform the driver that he is speeding. He offers a defence that he is only marginally above the speed limit and that he is visiting his mother who had recently been admitted to hospital. As he backs up the claim with evidence, you use officer discretion and issue to him a standard warning only.

A day in the life of a police officer is not always black and white. In cases such as these, officer discretion is often an important component. Police officers should establish, insofar as is possible, the evidence and context at hand – and then issue a judgement accordingly. Working in your own police department, you will come across many such cases each week.

Only twenty minutes later, your dispatcher relays details of a multi-car crash that occurred just five minutes’ drive from where you are.

You immediately turn on sirens and lights and head direct to the scene of the crash. As you arrive, you notice two people – one man and one woman – receiving first aid from an ambulance that had just arrived. You approach the wreckage and can see a third and fourth person inside, at the back. They are deceased.

You liaise with the paramedics about what they have learned and what will happen the other two occupants. You cordon off the scene, as it is now a crime scene and must not have members of the public tampering with any potential evidence, including any evidence found on the ground nearby. You take notes and interview those who are first-hand witnesses; slowly piecing together what happened but not yet arriving at any firm conclusions.

You consult a homicide investigator at the police department and delay to him the notes and evidence you have gathered.

The scene involved the deaths of two people – Nathan (42) and his son, Paul – who was just 14-years old.

Next of kin must be informed of the loss. As you approach the front door, you are acutely aware that you are about to tell a woman that she has lost her husband and only son. You knock the door, she opens it. Deep down, she knows why you are there. In a direct but empathetic manner, you inform her of the loss of her husband and son in a car crash that occurred that morning. Naturally, she breaks down – while you attempt to hold things together and stay with her until a friend or family member arrives to console her.

You let her know that investigations are ongoing and that the department will be in touch should any more information come to hand.

It’s lunch time – and already you have had the experience of a minor traffic violation and a serious multi-car crash that involved the deaths of two members of the public. Informing next of kin is one of the most challenging and disturbing parts of the role of a police officer – yet it’s a necessary part of the job description.

Though you are drained by the experience, you motor on.

Reports must be completed and accurately filed. One of the most overlooked parts of the role of a police officer is their need to file reports. Reports are important sources of evidence and accuracy – piecing together what happened, when it happened, and why it happened. These reports are vital for any investigation to progress and, in the end, reach completion.

It’s also important that these files are accessible many years later, in case new evidence comes to light that may contravene any evidence laid out in the report.

As you are completing some reports in your patrol car, you hear a firearm go off several times. Given the potential seriousness of the event, which may involve a fatality or risk to you or members of the public, you inform the dispatcher of what you heard and proceed to make your way around the corner to the scene. As you turn the corner, you see a man laid on the ground in the middle of the road. A gun is pointing at him as you approach.

You instinctively realise there is a threat to life and draw your weapon – asking the man to stop. However, the man does not stop and proceeds to threaten the man on the ground. You determine that you have no choice but to shoot the gunman, who falls to the ground. He is brought to hospital where he later succumbs to his wounds.

On the force continuum, applying deadly force is always the last resort. In this case, there was a clear and present danger not only to the man on the ground but also potentially to the law enforcement officer and perhaps even members of the public. It is not possible to know the full context of why the man is threatening to shoot the other man on the ground. He may be suffering from a mental illness and therefore pose a threat to others just as much as the man to whom he directs the gun.

You quickly run to the scene and ask the public to stay away. You apply first-aid to the suspect; call for back-up whilst also requesting an ambulance and seal off the scene of the crime. Once the ambulance and back-up arrive, you take a statement from the man on the ground and to others nearby witnesses. This evidence would later go toward filing a report and detailing the event to your supervisor.

Always remember that a day in the life of a police officer is never finished.

Though the day has been packed with drama and, potentially, loss of your own life – things must continue. You finish up the last reports at the police department and have a final consultation with your supervisor. You have heard more details about what transpired earlier that morning regarding the car crash and inform the bereaved of what happened and how things would proceed from here. As it turned out, the event was an accident – most likely caused by faulty brakes in what turned out to be a stolen vehicle. The deceased’s husband and son were in the other car.

The clock strikes 6.30pm and you begin to make your way home – at last. Darkness sets in.

On your way home, you notice – in the distance – a brawl outside what appears to be a bar. Even though your shift is finished, you must attend to the scene. With the help of two others, the three men are separated – two of them bleeding seriously. You take statements and call for back-up, and once back-up arrives, they observe CCTV footage to establish who appears to have instigated the wrongdoing.

Now that back-up arrives, your colleagues relieve you of the responsibility as they have just begun their shift.

You thank them and proceed to go home.

You are just over one hour late, but your spouse has become accustomed to the career lifestyle and almost randomness that comes with it.

You take off your uniform – at last, after what feels like yet another marathon, but a marathon you are proud to complete each and every day. You transform – slowly – back into normal life, at least for the next 10-hours. Unlike the day you have just had, those 10 hours go quick – far too quick.

And then beckons the next day in the life of a police officer.

Who knows what will happen then?

Let’s wait and see to find out.